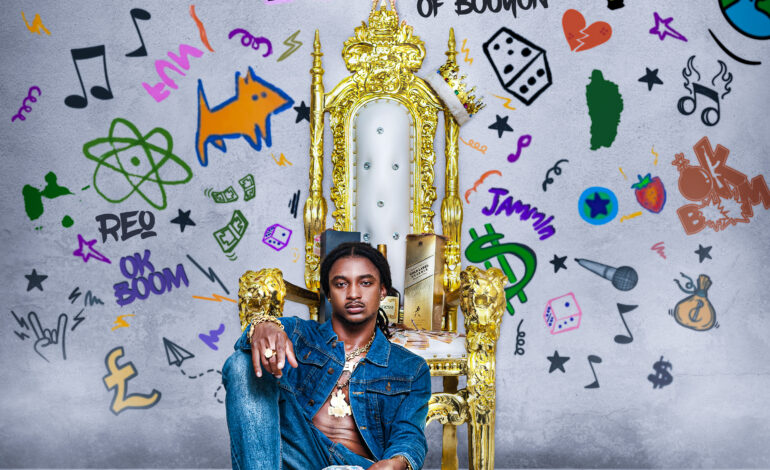 Bouyon artist, Reo (Dario Sebastien) has released his debut album The Fresh Prince of Bouyon, just in time for fans to familiarise themselves with his new material as he makes his WCMF debut on Sunday October 30th 2022.

Though he’s been on the scene since 2018, Reo brings a fun and fresh vibe  to his music that has helped to capture the attention of fans around the globe.  The album’s title ideally encapsulates this youthful energy, and is further highlighted by the inclusion of 13 brand new, previously unreleased tracks.

For the Colihaut native, the albums fresh appeal is not only for the promotion of his music but the genre as a whole.

“My goal for The Fresh Prince of Bouyon was simply to give a different perspective on Bouyon and show how versatile Bouyon can be. Outside people think Bouyon is just one thing but there are some love songs [on the album]… “ adding,   I show, you know, the love side, the rough side, the money side.”

Supporting videos will also be used to enhance this clean image of the genre, so that “people can take us more serious, ” says Reo.

Though the experience of recording the album over the last two years has been “tough,” he hopes that the gains will make it all worthwhile.

“I spent a lot of money, spent a lot of time in the studios but I believe that at the end it will all be worth it and I really hope the people that listen to the album enjoy it and at least see me as an artist and hopefully I gain more fans.”

Reo has already made significant traction in the French West Indies (FWI) where his music is on heavy rotation on radio stations and his 2022 single “DouDou” spent five months on TRACE TV’s Hit Lokal top 20 show.  The song has had over a million views on YouTube. His 2018 hit “Sa Ka Bay” featuring DJ Bling has 2.5 million views.  He hopes to see similar results for singles from this album and promises a slew of performances to promote The Fresh Prince of Bouyon, including a High School Tour, an island-wide tour (10 performances in each parish), and tours in the US and Europe.

Click HERE to listen to the entire album, which is also available for streaming on all major platforms. The OECS Announces Efforts to Support Students with Special Needs