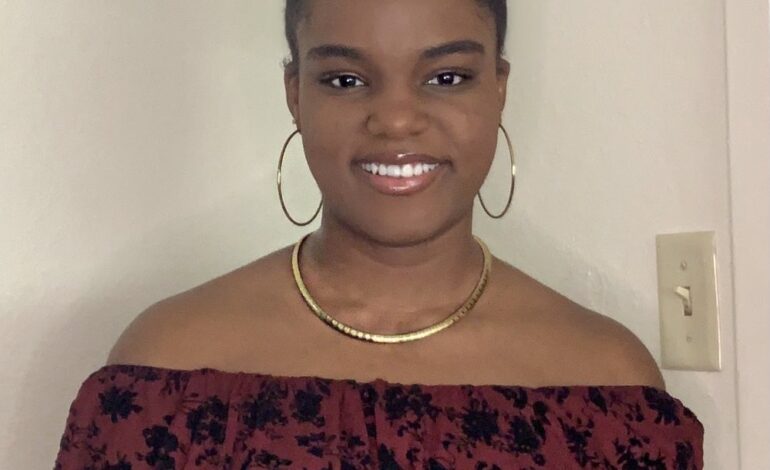 Upon interview with Emonews, Abigail Matthew from the community of Jimmit, ecstatically revealed her journey to successfully developing a procedure to prevent Parkinson’s disease. Notably, Parkinson’s disease is a progressive brain disorder which causes deterioration of the nervous system. With her hopes of one day becoming a neurosurgeon, Matthew’s research on Parkinson’s disease exposed her to more vivid opportunities to achieve her dream.

Remarkably, Matthew attended the Dominica Grammar School then later transitioned to the Dominica State College and is now pursuing a bachelor’s degree in premedication, with a major in Biology and minor in Chemistry at the Midwestern State University (MSU). Further, she is currently an Honors Student with the Redwine Honors Society, the Director of Student Engagement on the Student Government Board, a Health Peer Educator, and a tutor for Biochemistry and Genetics on campus.

To add to her wealth of experience and extra-curricular activities, Matthew is also a member of many clubs such as the American Chemical Society, MSU Lion’s club, and the biology honors society called Tri-beta.

Interestingly, she highlighted that she chose the field of medicine because of her dream to someday walk in the footsteps of her mother, Louvenia Matthew, who has served as a nurse in Dominica for a number of years. According to Matthew, since she was a young girl she has always wanted to become a doctor. “I was looking up to my mom who was first a nurse at the dialysis unit then became a head of department and later the head of the Covid-19 unit during the heat of the pandemic,” she expressed. Moreover, Matthew added that she aspires to be a Neurosurgeon particularly due to the fact there is not one currently working in Dominica.

Upon interview, she pointed out that her greatest achievements yet have been being the recipient of an academic scholarship and conducting research which has led to the discovery of a way to prevent Parkinson’s disease. “I have recently completed an amazing and successful research process with my mentor Dr. Fu-Cheng Liang. For this research, we focused on how we could use a membrane protein chaperone to prevent familial mutants of Alpha-Synuclein Protein Aggregation in Parkinson’s Disease,” she articulated.

Upon completion of that aspect of the research, Matthew pointed out that all the samples that did not have the chaperone in its mixture showed a great number of aggregation. This aggregation, according to her, is what leads to Parkinson’s disease. However, those that had the chaperone in them, had no aggregation whatsoever.

Impressively, this research which took approximately three months to complete, is the first ever successful experiment using chaperones that prevents the cause of Parkinson’s disease. While she had completed the proposal and abstract by July, Matthew voiced that the lab work only started in August, 2022.

Further, she expressed that she felt overjoyed when they finally received good results. “I was excited. The first people I called were my parents. I was like “OMG it worked. It was successful”. I had to incubate it for 5 days so I had 5 days to wait for the results but after that period I felt so proud of myself,” she stated.

Despite the success of her research, Matthew pointed out that there were quite a few setbacks which made the process more challenging such as the concentrations, procedure and mistakes which occurred, causing them to sometime start anew. Outside of scientific setbacks, Matthew also struggled with personal challenges. “I felt like I was not smart enough or inclined enough to do it. I was very cautious and doubtful of myself. I kept asking myself if I had enough knowledge to do this process,” she stated.

Moreover, she also struggled with scheduling her research, school, clubs and personal life. Nevertheless, Mathew overcame these challenges through her dedicated support system, especially her father Joseph Matthew, mother Louvenia Mathew, grandmother, aunt Margaret, close friends and boyfriend Elie Laurent and his family. She also discussed that many times her professor would have to re-iterate her abilities as a student and his belief in her potential, which kept her going.

Even more so, Mathew’s inspiration stemmed from reading about Dr. Dale Dangleben and how he was born and raised in the village of Pointe Michel and is now a prestige Trauma Surgeon.  She voiced, “I hope to one day be like him.  In addition, Dr. Eugene at the Dominica State College made me fall in love with Biology. Without her, I don’t think I would have the knowledge and respect for science that I have today.”

Amidst the various challenges, Mathew further expressed that she was simply inclined to complete her research and to keep going despite any circumstances. This is because she was steadfast and determined to prove that Parkinson’s disease could be prevented through her procedure. “It doesn’t stop here. Next semester we are seeking to conduct more research to reverse the procedure by actually causing Parkinson’s disease then later destroying it,” she stated.

Evidently, this research serves as a stepping stone for people to continue research and expand the results and data derived thus far. “I am hopeful that at the end of this we can be able to publish our research for people to see so that people could use us as a foundation for further research,” she articulated. Nonetheless, the ultimate goal, according to Matthew, is to develop a medication which could cure or aid persons who are suffering from Parkinson’s disease.

In light of her success, she sought to provide words of encouragement to anyone who is seeking to make meaningful contributions within the field of science or otherwise. “My advice to anybody would be 1. Do your best in whatever you are doing; 2. Do not compare yourself to other people; 3. Focus on yourself and look to yourself to make yourself better and 4. Don’t be afraid to get out of your comfort zone. Never look back at your past or make your past drain you down,” she guided.

As Matthew seeks to expand her research on Parkinson’s disease, Emonews wishes her all the best in her current and future endeavors. 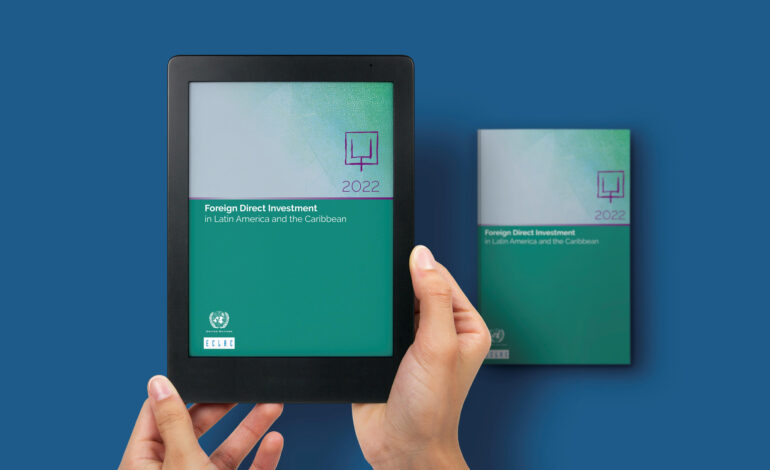 Foreign Direct Investment in Latin America and the Caribbean Rose by 40.7% in 2021, but Did Not Return to Pre-Pandemic Levels 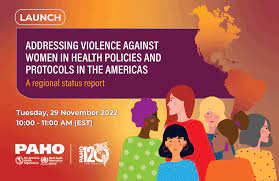