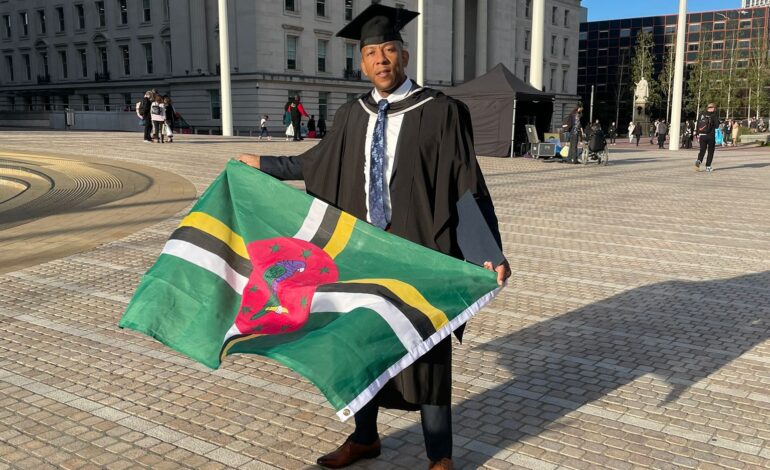 Ronald Clifton from the community of Campbell has graduated with a Bachelor of Science with Honours in Sports Therapy from the University of Birmingham in the United Kingdom.

After serving nine (9) years as a police officer at the Dominica Police Force, Clifton migrated to the United Kingdom to enlist with the British military, where he also served nine (9) years.

Upon interview with Emonews, Clifton noted that he chose to focus on a new and different field as he wanted to keep exploring while also keeping his options open. “I resigned the force and enlisted with the British military where I served 9 years and was deployed to Iraq and Afghanistan where I was very interested in physical fitness. My interest grew in the science behind sports events as I witnessed so many injured soldiers returning from battle and needed rehabilitation,” he stated.

Moreover, he voiced that his previous experiences in the army and police force have given him the discipline and mental strength to undertake such a hard three (3) year degree. Despite his steadfastness and commitment to his studies, Clifton noted that he has faced a few challenges. “The greatest challenge that myself and many others faced during this degree is the lockdown and not being able to attend lectures face to face,” he expressed. Nevertheless, he pointed out that he overcame this challenge by staying focus and sticking to his dream.

Furthermore, Clifton took the opportunity to offer advice to persons experiencing challenges amidst the pursuit of their studies. “The greatest advice I would give to anyone is don’t let anything stop you from achieving whatever you put your mind to. I always say to myself nothing is stronger than the will of man. Let your setback be a set up for greatness,” he guided.

Notably, he hopes to be a source of inspiration and role model to his children and others. He expressed deep appreciation to his family who have aided him to continue his drive to success.

As Clifton seeks to touch lives through Sports Therapy, Emonews wishes him all the best in his current and future endeavors. 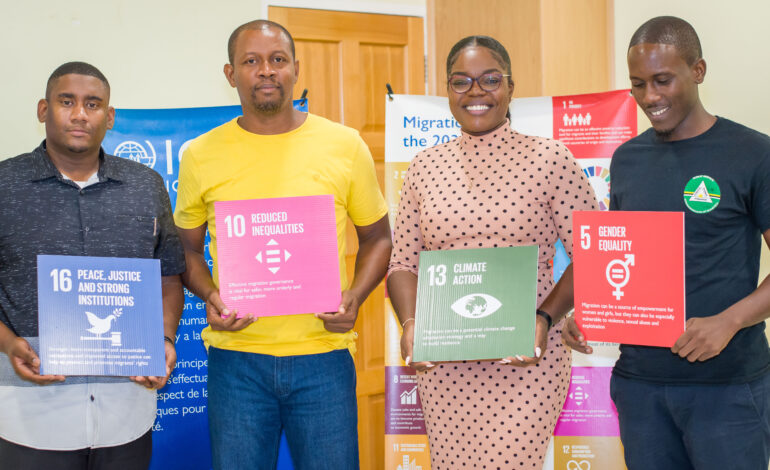