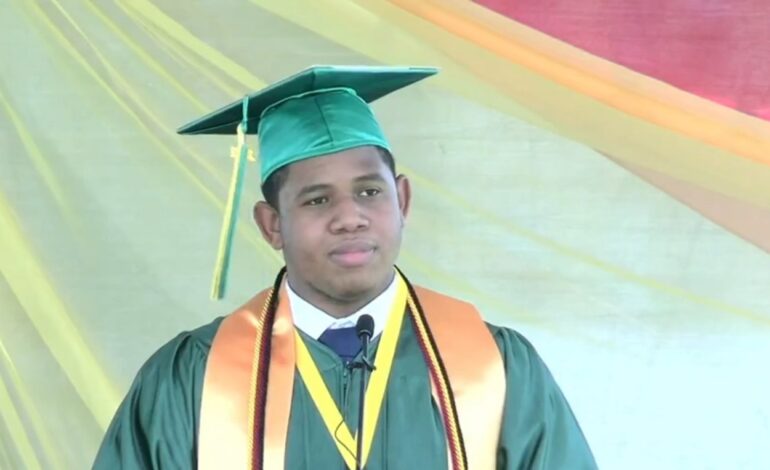 The Dominica State College(DSC) on Thursday, held its nineteenth(19) commencement ceremony which saw two hundred and ninety-nine(299) students graduate from the institution.

At the ceremony, 2021 Valedictorian who also was awarded for excellence in Chemistry, Khahil-Akil Richards was proud to have delivered his address. Richards is no stranger to delivering such
an address as he was the 2019 Valedictorian of the St. Mary’s Academy and the top CSEC student in Dominica.

Richards began his address with a quote from Marianne Williamson which reads, “Our deepest fear is not that we are inadequate; our deepest fear is that we are powerful beyond measure”. He said that the quote is undoubtedly representative of the journey of the DSC graduating class of 2021; a generation who can be sometimes unsure of their true potential having lived through ravaging storms, a category 5 hurricane and now a global pandemic that has crippled the world; yet they persevered to have reached this milestone and so are powerful beyond measure.

“As young people we often feel invincible, unstoppable and free. But none of that mattered in March 2020, when with no warning, we were all forced to remain in our homes, away from school, friends and even family…I am so proud, however, of our school…its administrators, lecturers, staff and we the students that almost immediately after the close of face to face classes, online classes ensued with the semester and the school year continuing uninterrupted”, he said.

He highlighted the efforts of students who had no wifi or funds for data, but who would walk long distances in order to follow classes and take tests and exams, quoting from J.K. Rawlings who said that one will never truly know his strength except in the face of adversity.

“We have been tried and tested and indeed continue to show even now that we are powerful beyond measure… I have learned throughout my tenure at DSC that adversity makes you stronger, that staying with the fight increases fortitude and that diligent, consistent effort has success as its reward.”

He cautioned his classmates that they should never give up even though they don’t succeed after having tried something new but instead use their youthfulness to generate positive change.

“I really believe that our relatives and generations before us are counting on us. They see us succeeding in areas they did not visualize possible for themselves even in their wildest dreams. Graduates,  let us not waste our youth on idleness and violence instead make maximum use of our blessings which are many but with which comes responsibility. While our journey has not been the easiest, we have made it.”

Richards thanked God and all stakeholders who made it possible for the class to be here today including the Government for free education, lecturers who are among the best in their fields and family members who made personal sacrifices for them.

Khahill-Akil Richards is the son of Anthony and Caryl Richards. He said that his father is the best example of manhood while his mother is his teacher for life who exemplified discipline.

He encourgaed them to follow some simple steps towards success. The first step, he said, was that they should clean their shoes every morning before they go out chasing their dreams so that they are able to see all the creases or missteps. He said never be ashamed of those missteps as these are what will teach them where to step differently next time.
He also advised that the students should never be ashamed of their shoes which is representative of their circumstances in life.

“Never be ashamed of your circumstances”, he said, “But stand in defiance of the obstacles”.

He added that because life is full of uncertainties, one may not always end up where he desires but he must keep the faith and take chances.

Finally, they must put on their shoes and start walking. He reminded them that ‘life is more than personal success and that complete fulfillment lies in the use of your skills to impact humanity’.

He added, “Do your best every time with the greatest honesty, humility and diligence. Dream beyond the  realm of what you have been taught to be possible. Follow your strategy to chase those dreams. You must have grit to overcome many challenges that you will face… Never complain instead overcome. Be creative not captive in your thoughts. Always show gratitude and be good to others along your journey. Execute your plan and do whatever it takes to be successful. Enjoy the process to success for it is far greater than just a moment”.

The Minister shared his own setbacks in life and said that he now sees how his engineering and technology background prepared him for the ministry he now leads. 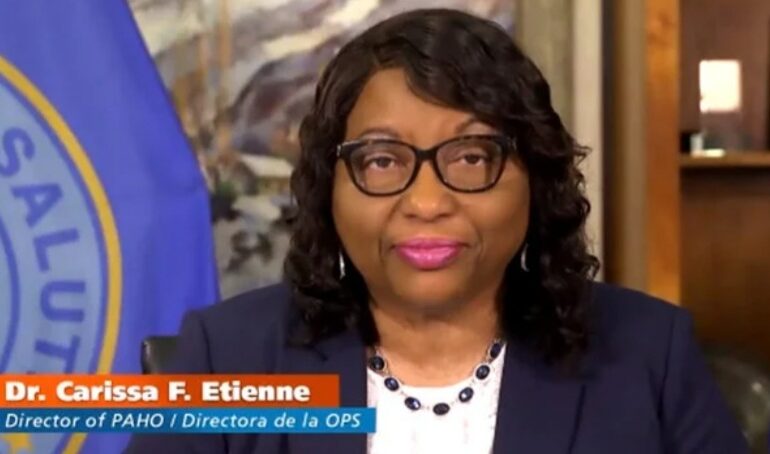 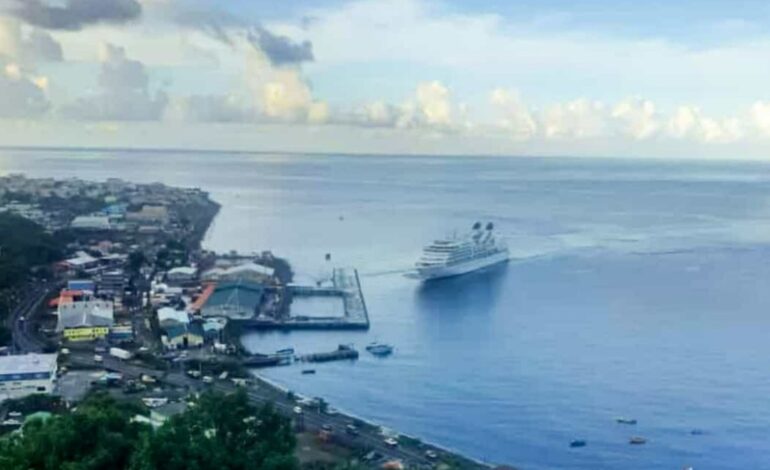