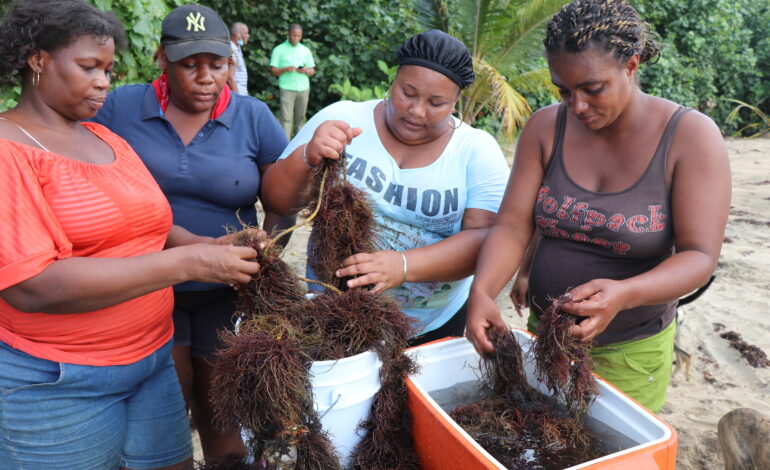 The Fisheries Division in collaboration with the Wooty Sea moss Group has begun the process of rebuilding the once lucrative and profitable North East sea moss industry .
The Wooty Seamoss Group formed in March 2021 to teach young, unemployed single mothers the cultivation of sea moss and to provide them with a steady source of income has successfully completed its harvest and has immediately replanted for harvest in exactly six weeks again.

With the technical assistance being provided by instructor, a former fisheries officer and proprietor of Benjo’s Sea moss, Mr. John Robin, after just six (6) weeks of establishing their first crop of sea weed at the Woodford Hill beach the group is encouraged by the harvest which from rough estimates will amount to $3000.00 for dried crop. Presently dried seamoss sells for $80.00 per lb.

Minister for the Blue and Green Economy Agriculture & National Food Security and Parliamentary Representative for the area, Honourable Fidel Grant who was on present and assisted with the sorting and grading process is pleased with the initial harvest but even more excited that his Ministry is able to provide support through the utilization of the resources of from the marine space and vulnerable groups within the communities under his care are able to generate income from the Blue Economy. 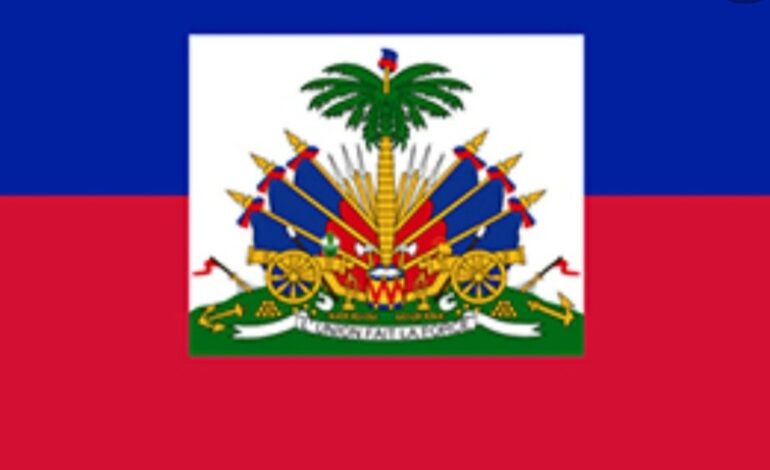 Haiti Receives 500,000 Vaccines Donated by the United States through COVAX 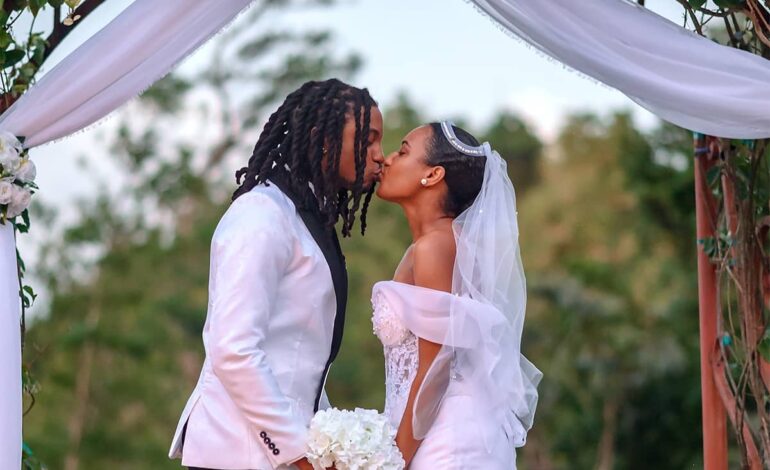