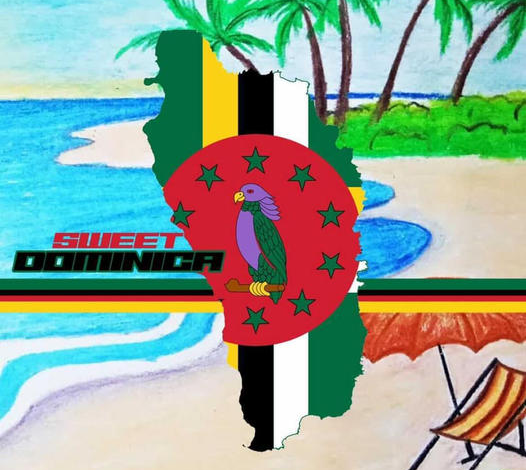 Wednesday 13th October 2021:  Released just in time for the height of the 2021 Independence celebrations, “Sweet Dominica” is a groovy, Reggae sing-along by US-based artist, Art Richards who wrote the song as a tribute to the land of his birth.

Richards, a bass player who was born in Dominica’s ‘Cultural Capital’ Grand Bay says he has always wanted to write his own version of the love song to Dominica.

“I have heard many songs about Dominica and I like them all; but with me and the way I write, I just knew it was gonna be different.”

Richards who migrated to the US in 1984 and whose only return to the island was two years later, in 1986, still has strong ties to Dominica, and says this show of love is “long overdue.”

“Dominica is my home no matter where I go, or how long I’m away. I know a lot has changed from my years there but I still have great memories from those years and that is what I put on paper,” he says.

The timeless beauty, the culture, the people, it’s all captured in the song written by Richards, who also conceptualized the bassline which was then redone by Canada-based Dominican multi-instrumentalist Osborne “Ifield” Joseph.

He has been making his own waves in music in the state of Missouri, with Yard Squad, a Reggae band he founded in 1994 and continues to lead. The band has played at several reggae events throughout the US and internationally in places such as Canada, St. Barts and St. Martin; and backed a number of top artists to include Anthony B, Everton Blender, Junior Reed and more.

His musical journey started with simple curiosity.  As a  young child he recalls watching Midnight Groovers rehearsing and admitting hometown heroes Chubby and Co. His mom, sensing his growing love for music, sent him a box guitar and he credits “the guys in the area like Brisbane” for showing him some chords.

“When I got to America, my step-father, Clavis Registe, had a band called New Generation and they had a hard time finding a bass player.  They ask me if I think I can play bass and I said “yes,” not even being decent on guitar. So, I turned my guitar into a bass and off I went. That was in 1987.”

Richards says his fondest memories of home are of visits to the market where “the colors and people amazed me.”

He hopes that Dominicans at home and abroad will embrace the single and that it becomes a staple during this and future independence activities in Dominica and around the globe.

As for his return, he hopes it will be soon.

Consortium of Indigenous Banks to acquire the banking operations of CIBC FirstCaribbean in Dominica, Grenada, St. Kitts and Nevis, and St. Vincent and the Grenadines