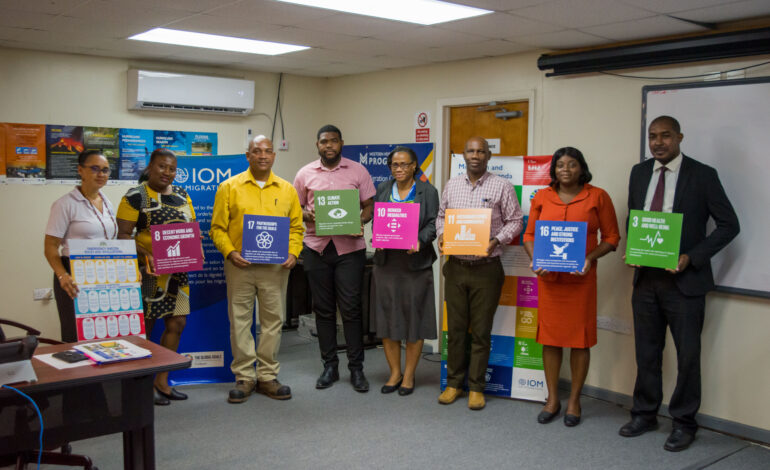 On Thursday 22 September 2022, the International Organization for Migration (IOM) commemorated five years of operation in Dominica. IOM was one of the first United Nations agencies to arrive in Dominica to support early recovery efforts, just five days after Hurricane Maria had pummeled the island. Much of the work of the organization has related to ensuring safe shelter is available in the event of a disaster, and on its anniversary, the organization donated 155 multi-lingual signs communicating the Rules & Regulations at Emergency Shelters in Dominica.   The signs were donated with generous support of the US State Department Bureau of Population, Refugees, and Migration (PRM) under the Western Hemisphere Program. GET PHOTO HERE

At the Press Conference, which took place at the Office of Disaster Management in Jimmit, the Chairperson of the Emergency Shelter Sub-Committee, Glenroy Toussaint, spoke of the life-saving function of emergency shelters, and that emergency shelters needed to be inclusive spaces for local vulnerable people and also for migrants within the principle of leaving no one behind.

“This initiative is a continued effort between the NEPO Emergency Shelter subcommittee and IOM, recognizing the fact that when we talk of shelter management, we are looking at an approach that is all-inclusive, all-inclusive in the sense that irrespective of someone’s nationality, race, creed, religious or political belief, there is that overarching concern, that we have to have that responsibility for the safety of each and every person who is living in any state, island or jurisdiction. And so, it’s on that premise of ensuring that the safety and security of every single one that no one, we are really operating on the model that no one should be left out or overlooked.”

IOM translated, designed, and donated 150 tri-lingual signs with the shelter Rules and Regulations in English, Haitian Creole, and Spanish, and 5 additional signs with English and Chinese Mandarin, to the NEPO sub-committee for distribution to all the designated emergency shelters across Dominica.  Communications Assistant for IOM Maxine Alleyne-Esprit noted that this request was made by the NEPO sub-committee due to the recognition that migrants can have vulnerabilities due to the differences in their language, culture, use of different communications channels, and a lack of a local network in the host country.  Communicating disaster mitigation, preparedness and response messages to migrants can help to save their lives. GET PHOTO HERE

“We are forced to recognize that our communities are changing and that there are different nationalities that now form part of our Dominican community that did not form part of it maybe 30 years ago, 40 years ago, when we had for instance, Hurricane David. And so, the situation has changed. We also recognize that migrants can be made vulnerable simply by the fact that they speak a different language. And so it creates a barrier to communication. They sometimes have a different culture and a different experience. So they may or may not know what a hurricane is, for instance, they may or may not have been exposed to emergency shelters in the way that we do it. They may or may not know what the national response plan is. And it is important that everyone who is on island at the time of a crisis knows how they should respond.”

Head of Office of IOM Dominica, Natasha Greves gave a recount of the five years of operations in Dominica, completed projects, currently active projects, and upcoming work, and noted that none of the IOM successes, moving from emergency response to development support, could have been possible without partnerships.   She thanked firstly the Government of Dominica, donors, and other partners in private sector, civil society, churches, and others who have contributed along the way to the humanitarian and/or development work of IOM.  She used the opportunity to express special thanks to the Office of Disaster Management and the NEPO Emergency Shelter sub-committee, presenting them with tokens to recognize their invaluable partnerships.  The Head of Office noted that she could not close without thanking the IOM Dominica team, past and present over the five years, without whom nothing could have happened.

“The success over the last five years is as a result of the team at the International Organization for Migration, I can stand here and tell you over the five years of existence that we have had, we have engaged more than 150 persons in our employment. As of today, we are a group of seven or eight, [0:27] but we stand on the heels of many other persons that went before us. And it is truly an absolute privilege to lead this amazing group of persons. Our main partner in us being able to stand here five years later to speak to you is the government of Dominica. If the government of Dominica had said no to the International Organization for Migration, we would not be standing here today. So hats off, applause, to the Government and people of Dominica. We also have to recognize some critical partners, who have been very instrumental in our formation who have been very instrumental in assisting us to be in this country to be able to do what we do.  The office of the Prime Minister, The Ministry of Foreign Affairs, International Business and Diaspora Affairs, the Ministry of Planning, the Ministry of National Security, Ministry of Youth, the local government division, the Office of Disaster Management, the Ministry of Housing, the Ministry of Health, the Dominica Youth Business Trust, and we felt it necessary to single out two individuals who were critical at the onset of the formation of the International Organization for IOM, and those individuals are Mrs Sylvannie Burton, and Mr. Hilarion Jules” GET PHOTO HERE

IOM Dominica continues to actively demonstrate its commitment as a development partner in Dominica.   This week the organization launched a campaign supporting the Ministry of Planning to show how migrants contribute to Dominica’s development.   The organization is also working in the OECS region under a project funded by the UN Trust Fund for Human Security, and met this week with stakeholders in 11 OECS Member States to discuss the region’s achievements and gaps in addressing the complex challenges of environmental migration to ensure that affected people can be free from fear, free from want and free to live in dignity.

IOM will continue to offer its support to the Government and people of Dominica and the Eastern Caribbean as the region continues its path toward sustainable development.

For more information on IOM or its work please contact IOM Dominica’s Communications Assistant at 767 275 3225 or email malleyne@iom.int/ iomdominica@iom.int 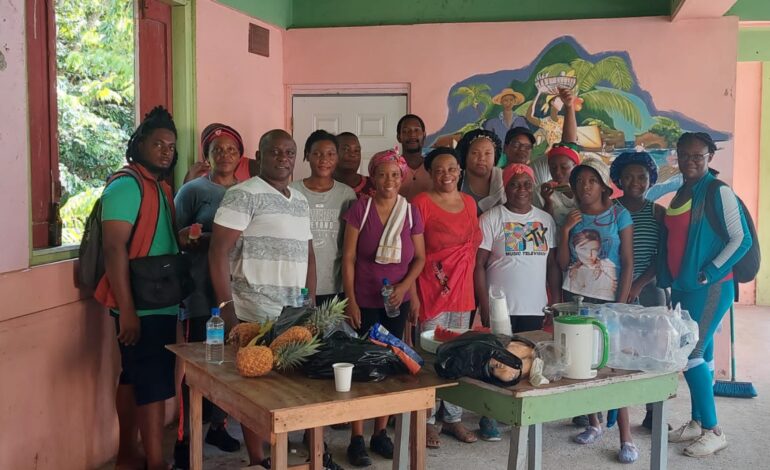 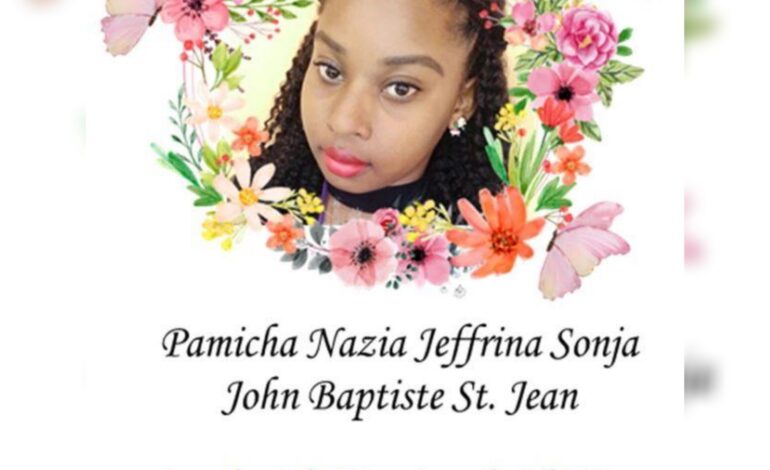