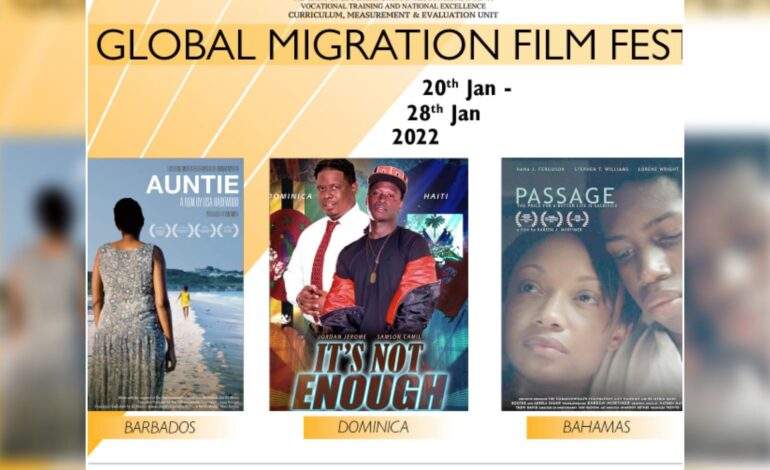 Roseau, Wednesday, 19 January 2022 – The Ministry of Education, Human Resource Planning, Vocational Training and National Excellence has announced its collaboration with the International Organization for Migration (IOM) to host the 3rd edition of the Global Migration Film Festival (GMFF) in Dominica. The festival will run from 20 to 28 January 2022, taking advantage of virtual platforms and using local and regional films to engage almost 2,000 school students in watching short films and participating in curated discussions about issues related to migration in the Caribbean.

Films from the Caribbean, including Dominica will be featured for the first time in the GMFF event hosted by IOM in this annual event. As part of the Festival, IOM Dominica will be screening three films: AUNTIE (Lisa Harewood – Barbados), PASSAGE (Kareem Mortimer – Bahamas), and IT’S NOT ENOUGH (Jordan Megan Jerome – Dominica).

The Ministry of Education will use the GMFF to supplement the school curriculum in the areas of Social Studies, Geography, Health & Family Life Education (HFLE), History, and Theatre Arts. According to the Senior Education Officer for Curriculum, Measurement and Evaluation, Mr. Robert Guiste.

“Through the power of films and shorts videos, students can experience the different sides of life beyond their own experiences. This will allow for our students to gain a deeper understanding of the struggles, needs and the realities faced by many children, like them, worldwide. It is hoped that students will gain greater empathy to others who come to our shores (our Haitian brothers, for example) and accept them for who they are and appreciate the struggles they have gone through to be where they are now. Something that we try to bring across in our Health and Family Life and Social Sciences Curricula.

This film festival, more specifically, the nature of the films will lead to a better understanding of our own history and lend to a greater study of our geographic locations and challenges. Overall, it is expected that this Festival will influence positive attitudes to migrants who arrive on our shores (Haitians, Chinese, Spanish-speaking, and others) and help students understand the social issues plaguing our society; that no one is really immune to social issues and change, and that there should be absolutely no place for xenophobia in our societies.”

The Global Migration Film Festival (GMFF) is an annual event and has become the largest film festival in the world with over 480 participating countries, using films as educational tools that influence perceptions of and attitudes towards migrants, by drawing attention to social issues and creating safe spaces for respectful debate and interaction. Dominica has previously hosted two editions of the Festival, but this is the first time that a local and regional films will be featured. Natasha Greaves, IOM Head of Office, describes this is a positive development:

“We are elated that we have the opportunity this year to screen local and regional short films in the Global Migration Film Festival. In addition, for the first time, we were able to be flexible with our dates, so that instead of climaxing on International Migrants Day on December 18, we were able to extend to January 2022, making it easier to include students in the conversation. The Ministry of Education has been very enthusiastic about the event, and we are truly grateful for their shared vision and support. We hope that the screenings of these films as well as the discussions with and among the students will contribute to Dominica being a safe and hospitable place for migrants, while also harnessing and maximizing the benefits of migration to the island’s economy and society.”

The films in the GMFF will explore themes including the effects of migration on the family, xenophobia, human trafficking and irregular migration.

For information on IOM and its work call or text (767) 275-3225, send a message via our IOM Dominica Facebook page, or email us at iomdominica@iom.int, or malleyne@iom.int. 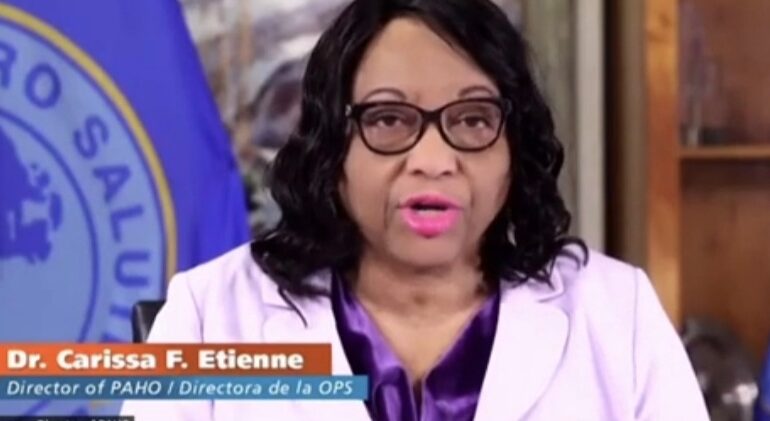 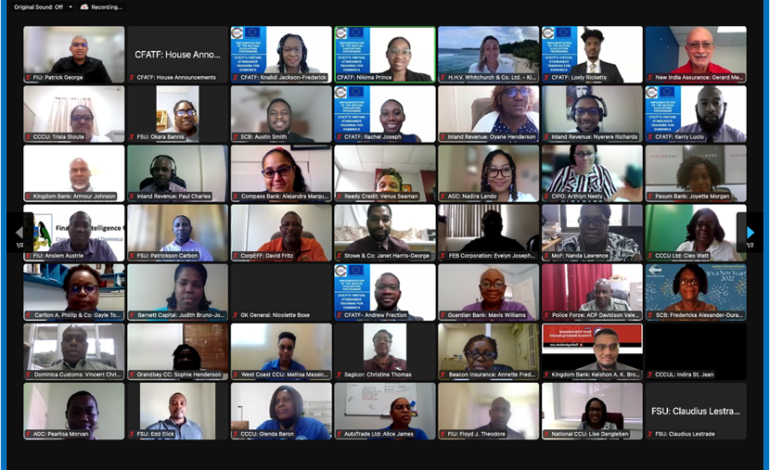