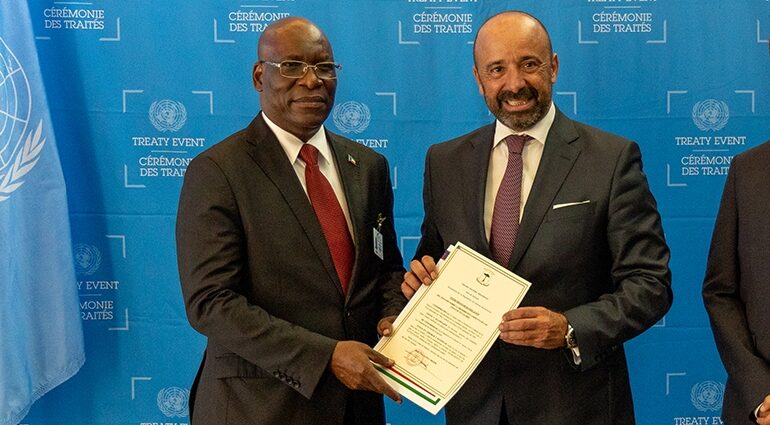 Equatorial Guinea has deposited its instrument of ratification for the Comprehensive Nuclear-Test-Ban Treaty (CTBT), becoming the 175th State to ratify the Treaty.

The ratification comes on the margins of the 77th session of the UN General Assembly (UNGA 77) in New York. The move was marked in a Treaty ceremony at the United Nations Headquarters, attended by Foreign Minister Simeón Oyono Esono Angüe, the United Nations Under-Secretary-General for Legal Affairs, Miguel de Serpa Soares, and the Executive Secretary of the Preparatory Commission for the Comprehensive Nuclear-Test-Ban Treaty Organization (CTBTO), Robert Floyd.

Floyd applauded the decision saying, “Today, I want to thank Equatorial Guinea for stepping up to ratify the CTBT, further strengthening the global ban against nuclear testing and contributing to a safer world.”

The CTBTO head added, “I look forward to working with Equatorial Guinea to enhance the country’s technical capabilities, including the civil and scientific uses of the Organization’s monitoring data.”

Executive Secretary Floyd visited Equatorial Guinea’s capital, Malabo, in July 2022. During the two-day trip he met with Simeón Oyono Esono Angüe, the Minister of Foreign Affairs and International Cooperation, Miguel Ekua Ondo, the Minister of Mines, Industry and Energy, Gaudencio Mohaba Mesu, the President of the Chamber of Deputies, and Anastasio Elá, the first Speaker of the Senate Bureau.

To mark the occasion – the fifth ratification during the Treaty’s 25th anniversary year – Izumi Nakamitsu, UN Under-Secretary-General and High Representative for Disarmament Affairs said, “The CTBT is one of the most widely supported treaties, not just in the disarmament and arms control field, but in multilateral diplomacy. It is recognised as an essential element of nuclear disarmament and a building block for a world free of nuclear weapons – the United Nations’ highest disarmament priority.”

Equatorial Guinea signed the CTBT on 9 October 1996, shortly after it opened for signature. The country is also party to the Treaty on the Non-Proliferation of Nuclear Weapons (NPT) and acceded to the Treaty of Pelindaba, which established the African continent as a nuclear-weapons-free zone.

The CTBT bans all nuclear explosions everywhere, by everyone, and for all time. Adherence to the Treaty is nearly universal, with 186 State Signatories and 175 ratifying states. However, to enter into force, the Treaty must be ratified by all 44 States listed in its Annex 2, for which eight ratifications are still required.

The CTBTO has established an International Monitoring System (IMS) to ensure that no nuclear explosion goes undetected. Currently, 303 certified facilities – of a total of 337 when complete – are operating around the world. The data collected by the IMS can also be used for a wealth of civil and scientific purposes, including disaster mitigation measures such as tsunami warnings and the tracking of radioactive releases from a nuclear accident. 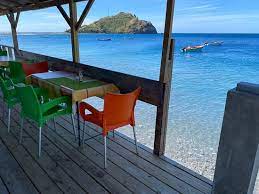